THE STORM IS COMING!

Thousands upon thousands of Leave voters, MEP, and celebrity demand their democratic rights!

In June, 2016, 17.4 million people voted that the United Kingdom should leave the EU, not Europe, but the political construct that is the EU.

Eighteen months later, after triggering Article 50, and formally stating to the EU that we were leaving, it became apparent to one woman that her democratic vote may not come to fruition. She became enraged with media reporting that the UK were making all the proposals and the EU were just cherry picking on those proposals. It didn’t seem a good negotiation tactic, allowing the EU to not only hold all the cards, but dictate the way ahead.  She decided to write an open letter to the Prime Minister, Mrs. May and share it with the world. Thousands of people have since agreed with her views and from that a group was formed, The List.  A cross party, non-politically affiliated movement, for this had nothing to do with politics, per se, but about country.

Since further letters and calls to MPs, media, it has now become apparent, that this fight is FOR THE PEOPLE, BY THE PEOPLE. Ordinary voters, from different political persuasions, standing side by side, to fight for what they believe is best for their Country and to uphold their decision, by democratic vote, to leave the EU, in its entirety.  In one month, a swift growth in membership has brought The List thousands of supporters and has now alliances with many other Brexit supporting groups across social media, as well as Bill Etheridge, MEP and Dame Joan Collins, and together they stand firm to fight for Brexit – the Brexit they believed the country wants and needs.

We say NO TO A SECOND REFERENDUM!! We won a democratic vote, it must NOT be taken away from us!

Several MPs, who should have regard for the concerns of their electorate, have decided to side with the metropolitan elite and go against the Will of the People, the holders of ultimate Sovereignty.

Brexiteers will not allow them to thwart this process and will fight for their democratic right .We will not stand by and let the metropolitan elite, and those voted to represent us, dictate what happens to our country when we have already given our advice – LEAVE.  Those that went before us, gave the ultimate price, so that we may be free, free to decide our country’s path, and we will fight for these green and pleasant lands, we are the UNITED Kingdom –  Northern Ireland, Wales, Scotland, England.

The storm is coming……………..Brexiteers in their thousands are marching across the internet with hope and determination…we are rising up, once again, and we will join again, all 17.4 million and possibly now more, to fight for our country. The Phoenix has risen! (see below on how you too can  join the fight!) 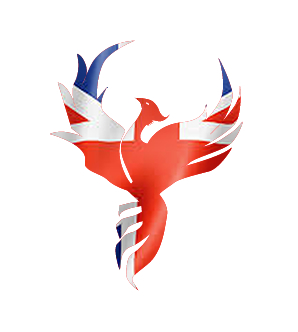